CARLA ROSSI ACADEMY and LEO-LEV, A MEETING "BETWEEN DANTE & LEONARDO". 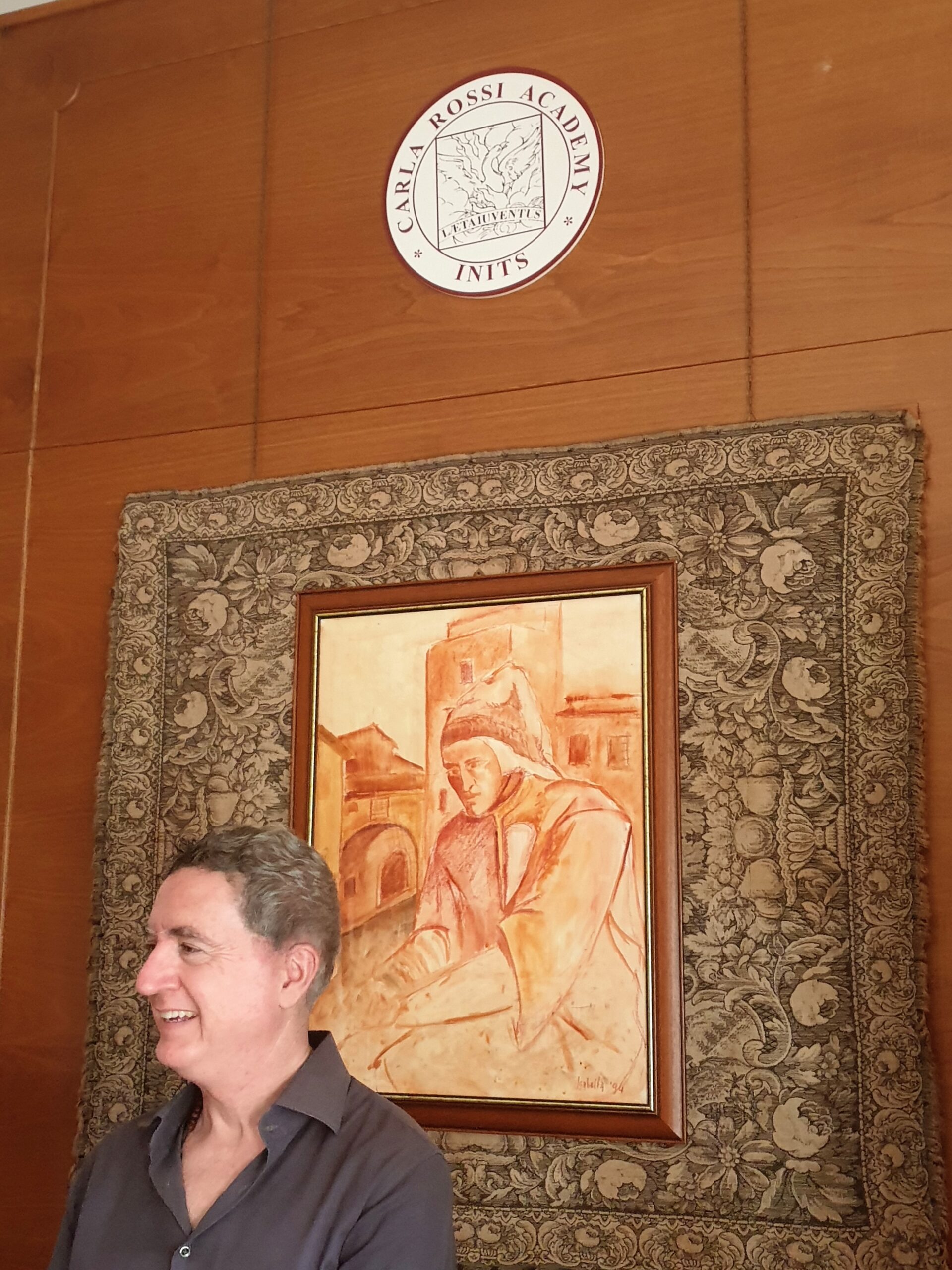 The sculptures of the Angel of San Gennaro and the Madonna del Parto brought Professor Marino Alberto Balducci and his architect wife Arianna Bechini to the Leo-Lev Centre in Vinci, where they were received by the President of Artistic Activities, Oreste Ruggiero.

In particular, Professor Balducci, through various university collaborations around the world, has concentrated his hermeneutic studies on the work of Dante Alighieri. A popular synthesis of his research, under the skilful direction of the architect Arianna Bechini, has also been presented in Italy and abroad with the conference programme Evocazioni Dantesche – Immagine Danza Musica e Parola.

A comparison between Oreste Ruggiero and Marino Alberto Balducci on the themes of Leonardo, Dante and their respective ongoing projects was inevitable. A common thread emerged for a comparison and perhaps a substantial encounter between the personalities of Dante and Leonardo through the contents of a recent publication by Ruggiero (Il misticismo di Leonardo da Vinci, uomo senza lettere e fede – Dialogo con Carlo Pedretti ed altri) and a critical volume by Balducci (Arte sacra e letteratura dal Rinascimento al Barocco) in the process of publication which deals, among many other topics, with a study on the relationship between Leonardo’s Virgin of the Rocks and Dante’s work. Ruggiero recalled, with regret and affection, that he had begun to discuss the Virgin of the Rocks with the recently deceased professor Carlo Pedretti, who would certainly be enthusiastic about the subject today.

Let us not forget that next 2021 will see the celebration of the seven hundredth anniversary of Dante Alighieri’s death and the Carla Rossi Academy research centre will be particularly committed to this event. The possibility of identifying a common path with the Leo-Lev Centre in this stimulating confrontation between Dante and Leonardo has not been ruled out, in which President Ruggiero has announced that he would like to involve, should it mature, experts on Leonardo da Vinci but also on other disciplines such as art in general, literature, philosophy and theology.

The first foundations for the launch of the hoped-for project were pleasantly laid at a meeting at the Carla Rossi Academy headquarters in Monsummano Terme, where the interiors of the 1940s villa were admired in an eclectic classicist style with D’Annunzian flavours of rare charm, amplified by the new external additions, such as the evocative pompeiana, designed by architect Bechini.

All that remains is to wait for the fruits, in the interest of culture and the union of local forces projected onto international scenarios, of this meeting which, to use the expression of Leo-Lev President Oreste Ruggiero, in thanking his guests, was certainly an enrichment of knowledge and spirit.