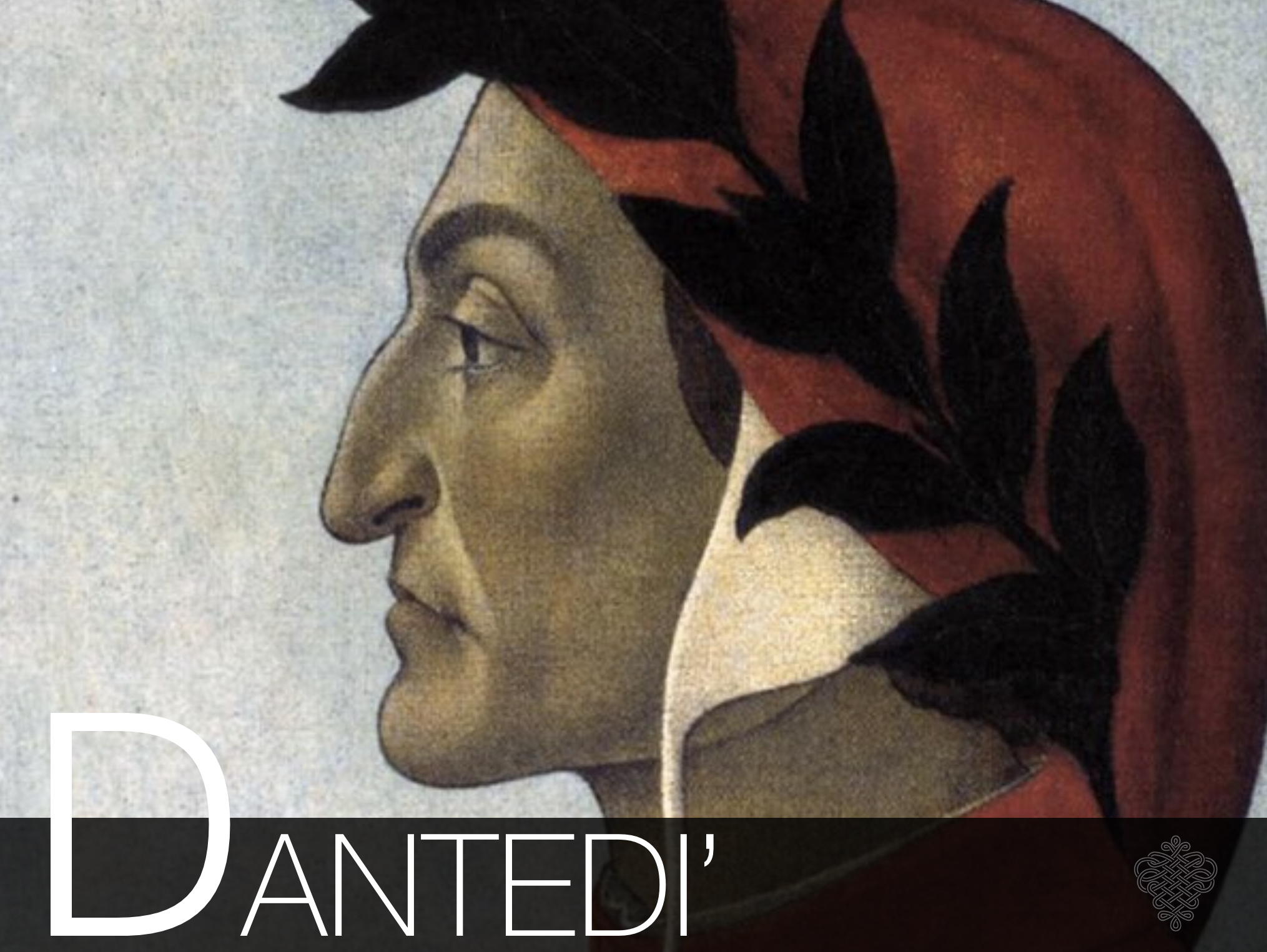 On this day dedicated to Dante Alighieri, two verses come to mind, among many others, that perhaps coincidentally open and close the Divine Comedy: one is at the beginning of the first canto of Dante’s Inferno, the other is in the last verse of the Paradiso of Dante Alighieri’s work.

‎ The first reads, allegorically referring to greed, and the insatiable greed in the human race “… and has such a wicked and righteous nature, that it never satisfies the longing, and after the meal is hungrier than before”.

The second one reads: ‘The love that moves the sun and the other stars’.

Between the two phrases, which are part of the conflicting feelings of human nature, on this day I choose the second one and, among many other possible authors, I associate Dante’s verse with Giordano Bruno’s phrase “There is a single force that unites infinite worlds and makes them alive, Love…”.

But equally, I cannot omit the one who stands historically between the two characters when he declaims ‘Amor onni cosa vince’ (Love conquers all things): Leonardo da Vinci.

I do not want to think of a sappy, melancholic love, but of that universal force better known as ‘weak force’ or that which favours union, even of opposites, and not the law of ‘division’. Were these the references of universal value and truth, yet to be found, to which Dante, Leonardo and Bruno referred?

In homage to Dante, understood and made ‘current’ by Papini and to the reflection that that author induces on Love and the Soul, I dedicate my work on this celebratory day, but alive, to the thought of Giovanni Papini, author of ‘DANTE VIVO’, when he writes:

“I was mysteriously driven to do something for men, for everyone. It seemed to me that I had already promised and that the urgent time had come to deliver. I had destroyed: I had to rebuild. I had hated men, I had to love them, sacrifice myself for them, make them like gods. Otherwise what was the point of coming to earth? What was the point of cruelly denying the past? Knowledge alone was no longer enough for me: I wanted to act. To kill, to cut off, to uproot all that was still subhuman in man, to make him superhuman – no longer man. To bring him closer to God, to make him a true divinity, innumerably living in the spirit and for the spirit.

What is the highest, noblest and purest part of man? THE SOUL.

If you want to act on man in an uplifting sense, you have to act on the soul. Only in spiritual direction is it possible to hope for a radical change of course, a total upheaval of beings and values. If something new and great comes out of man’s life, it will come out of the spirit; if we want to perfect man, we must make the spirit perfect. All values are in him, and all the reasons for external life and all the motives for actions. If he were to change all of a sudden, the whole of life would change. All questions – national, social, moral – are, after all, nothing but questions of the soul, spiritual questions. By changing the inside, the outside changes; by renewing the soul, the world is renewed”.