The Angel of San Gennaro has the face of Leonardo. Ilaria Boncompagni, art historian: "The key to the enigma in an eye defect" 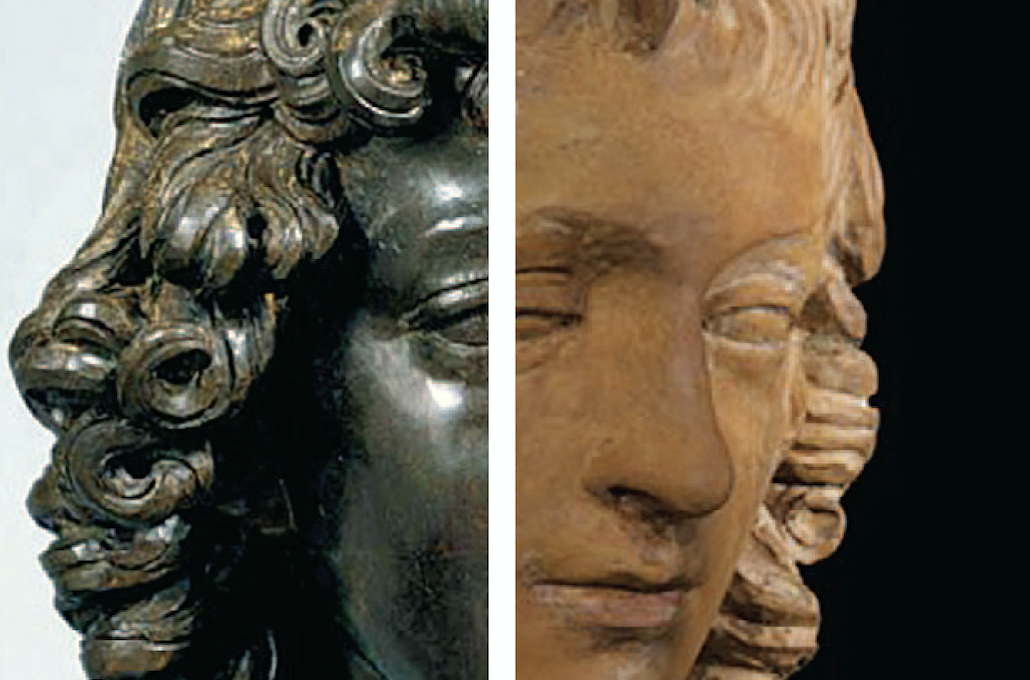 The Announcing Angel  of San Gennaro in the Lucchesia area continues to be talked about, according to the attribution of Carlo Pedretti,  it is the largest of Leonardo da Vinci’s sculptures. The face of the statue, restored by the Opificio delle Pietre Dure and on display until 2 February 2020 in the new Leo-Lev Cultural Center in Vinci, would be the portrait of the genius of the Renaissance.

This is what is stated by the art historian Ilaria Boncompagni, official of the Superintendence of Fine Arts and Landscape of the Provinces of Lucca and Massa Carrara, author of a study that starts from the comparison of the Angel from the Parish Church of San Gennaro in Capannori (Lucca ) with the David by Andrea del Verrocchio, which,  according to many scholars would have the features of a young Leonardo.

“From the comparison”, explains the researcher, “there is a clear resemblance between the face of the Angel and that of the David, considering the shape of the face, the shape of the hair, the line of the eyebrows. Furthermore, we find the same strabismus that disharmonizes both works: an ocular defect present in Leonardesque portraits and self-portraits such as the famous Vitruvian Man”.

The first results of the study, which will continue using modern technologies including digital face aging software, are contained in a publication entitled At a glance is Leonardo! (Polistampa editions), which the author will present Saturday, November 30th at 5.30pm at the Leo-Lev Center (Piazza Pedretti 1, Vinci).

At a glance, it’s Leonardo!  By Ilaria Boncompagni Polistampa, 2019

The Announcing Angel kept in the Pieve di San Gennaro in Capannori (Lucca), attributed by Carlo Ludovico Ragghianti to the school of Verrocchio and by Carlo Pedretti to the young Leonardo da Vinci, is a complex and still little studied work. Starting from the latest analysis and a comparison with known masterpieces of the time, the author puts forward an innovative hypothesis: that the face of the Angel is precisely the portrait of the famous genius of the Renaissance.