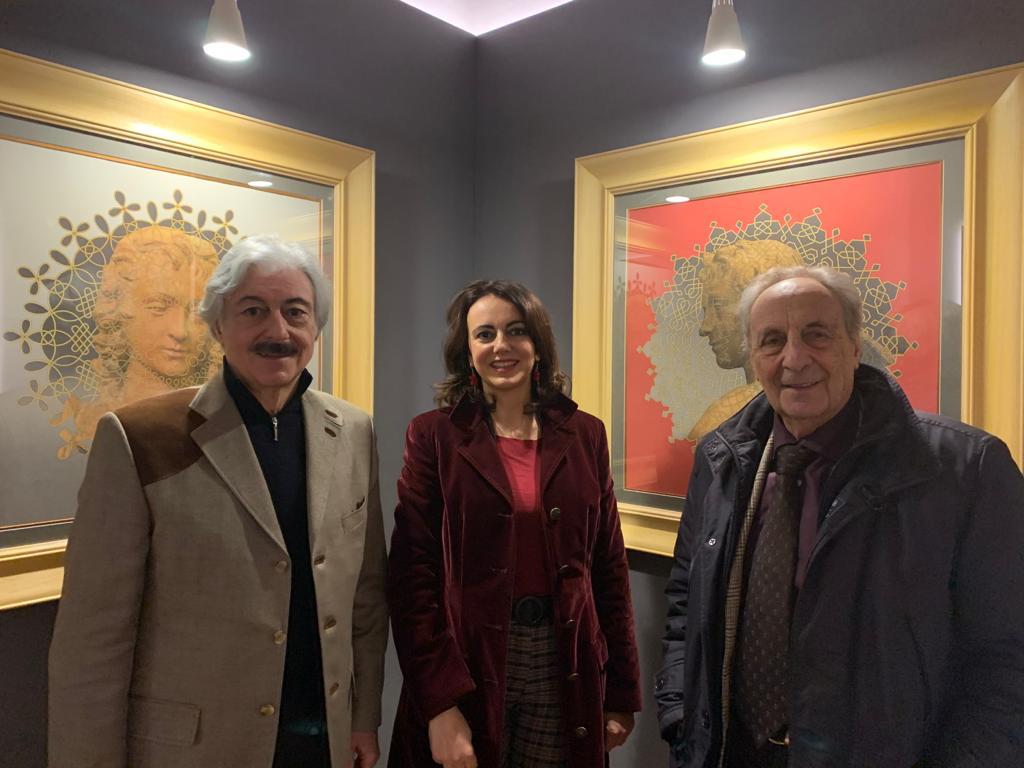 In March, Maestro Aurelio Amendola and Professor Veronica Ferretti, before the Museums and Cultural Centres closed down, were welcomed by the President of Artistic Activities, Oreste Ruggiero, on a visit to the Leo-Lev Centre.

Aurelio Amendola is the famous photographer of works of art by contemporary and past artists, including Marino Marini, De Chirico, Warhol, Burri and Jacopo della Quercia, Donatello, Bernini and Canova. In the early 1990s he focused on Michelangelo’s sculpture. Amendola’s photographs have been exhibited in Europe, Asia and the USA. In 2007 he was the first artist to mount a photographic exhibition at the Hermitage Museum in St. Petersburg.

Veronica Ferretti is a lecturer, art historian and journalist, former director of the Jorio Vivarelli Foundation in Pistoia and head of educational activities at the Casa Buonarroti Foundation in Florence.

Aurelio Amendola had made the photos of Oreste Ruggiero’s work “Omaggio a Jorio Vivarelli” (Homage to Jorio Vivarelli) in memory of the project for the competition for the monument to the fallen of Nassirya in Rome carried out by the two artists in 2006.

Oreste Ruggiero hopes that there will be new and exciting forms of collaboration with Aurelio Amendola and Veronica Ferretti also with the Leo-Lev Centre.