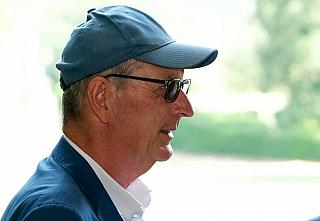 With deep grief, the Leo-Lev  Exhibition Center in Vinci and the world of culture are mourning the  loss of  architect Franco Filippelli, former regent of the Superintendency of  Lucca and Massa Carrara and who has been appointed, for a few months,  as Director of the National Museums  in Lucca, of  Palazzo Mansi and of  Villa Guinigi.

Filippelli was a highly respected, prepared and highly experienced professional. He had been entrusted for years with many charges as an official at the Superintendency of  Florence. He has been appointed  recently  as head of the shipyard at the Arsenali Medicei in Pisa for the exhibition of the restoration of 11 Roman ships (the remains of which had come to light in the late nineties). He has always been in great harmony with the other subjects by virtue of his elegant style. Further, he has been  a central figure for the Leo-Lev Center, thanks  to his role as  pro tempore  Regent Superintendent, for the restoration of the Announcing Archangel of the Pieve  of San Gennaro and for the exhibition, of which he was one of the protagonists at the inauguration, at the Center in Vinci.

University professor and former official of the Municipality of Pescia, Filippelli leaves a void in the culture of Tuscany.

To remind him with words of esteem and affection is the President of the Leo-Lev Artistic Activities, Oreste Ruggiero: “Franco Filippelli was and remains a friend, a person of great sensitivity, always attentive to the themes of culture and of great helpfulness, albeit with competence and rigor, to everyone’s requests with a particular love for the territories of  Valdinievole and Lucca. The community, the world of art and culture must continue, among others, to give him credit and honor for the great contribution to the recovery of the Archangel Gabriel attributed to the  young Leonardo da Vinci. He was a true “architect” who honored his category, he corrected politely when they called him “doctor” for the love of his title and his role which, thanks to his professionalism and passion, made a great contribution to the enhancement of architectural and artistic heritage. A professional and a person who will be missing in the Tuscan cultural and human system “.

A friend of the Leo Lev Center leaves. We express our condolences to his family and relatives.