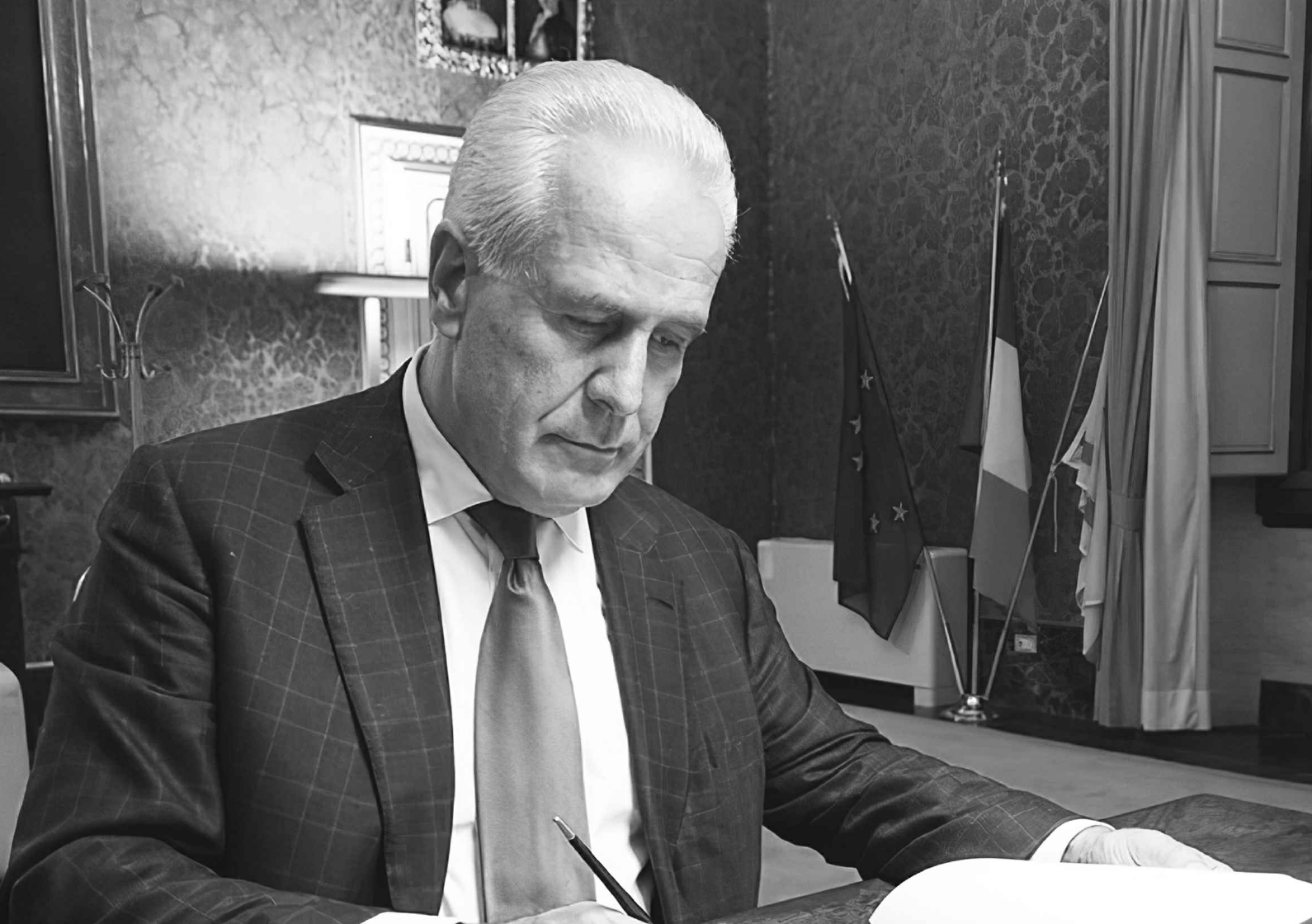 Our thanks go to Eugenio Giani, President of the Region of Tuscany, and the Mayors and Cultural Councillors of Montecatini Terme and Vinci

… after the pandemic so much tourism, but with art …

18 MAY marks – since 1977 – the INTERNATIONAL MUSEUM DAY 2021 promoted by ICOM and for this edition the theme is “The future of Museums: regenerating and reinventing themselves”.

It is a theme that goes back to the emergency health crisis that has shaken the world in unexpected ways, affecting every aspect of our lives. Some pre-existing problems have become even more acute, challenging the very structure of our societies: the call for equality is now stronger than ever.

Museums and art institutions have not been able to escape these changes, and the cultural sector has been among the hardest hit, with short- and long-term economic, social and psychological repercussions. But this crisis has also served as a catalyst to promote fundamental innovations that are already underway, particularly the increased focus on digitisation and the creation of new forms of artistic and cultural experience and dissemination.

We must therefore defend the creative potential of culture as an engine for revitalisation and innovation in the post-Covid era. We need to develop, imagine and share new practices of (co)creation of values, new business models and innovative solutions to social challenges.

On the occasion of International Museum Day 2021, the Leo-Lev Exhibition Centre in Vinci would like to invite you to take part in a special event.

“Renewed encounter between Art and Tourism in Tuscany… after the pandemic so much tourism … with art …”.

The collaboration, which began well before the end of the “last century” between Mario Elifani, Roman by birth and residence, but now a full citizen of Montecatini Terme, since he decided to acquire (restoring them to their former glory) a number of hotels in this town, and Oreste Ruggiero as architect and designer, continues to bear fruit.

This time, however, this happened in different roles: Mario Elifani as property owner of the Grand Hotel Vittoria in Montecatini Terme, which he entrusted the management to the MEGESTA company run by Dr Luigi Maria Moncelsi (who is Mr Elifani’s nephew), and Oreste Ruggiero as President of the Artistic Activities of the Leo-Lev Exhibition Centre in Vinci.

The Grand Hotel Vittoria is a historic hotel complex in the spa town and is one of the most prestigious in terms of facilities such as a large park, more than 70 parking spaces, a wellness centre, swimming pool and, above all, the modular conference and exhibition hall, located inside the hotel, which is unique in that it can accommodate over 400 people.

Recently, the hotel has expanded its 81 rooms with an extension designed by Oreste Ruggiero, with a further six large suites set in an architectural shell of particular artistic and technological significance. The interiors of this extension feature works of art by Ruggiero himself, based on the themes of Leonardo da Vinci’s “knots” and the “gesture” in the main works of the Maestro from Vinci.

Leo-Lev is an exhibition and museum complex of recent private initiative, born from the building and urban restoration of the historic villa Bellio-Baronti-Pezzatini, with bookshop, conference room, refreshment area and guesthouse, located in the centre of the town of Vinci. The exhibition and cultural centre houses a space designed to study and promote the work of Professor Carlo Pedretti, considered to be the greatest Leonardo da Vinci scholar, and to whom the piazza Carlo Pedretti in front of the centre is named. The square houses the panelled fountain, designed by Leonardo, and the skylines of Leonardo’s cities: Vinci, Florence, Milan and Amboise.

The Grand Hotel Vittoria is known for its hospitality and for the spaces that are constantly adapted to the total respect of regulations, hygiene and health and constant innovation to offer functionality and hospitality. It is located practically in the centre of the spa town, bordering on the parks and establishments and with a view, thanks to its elevated position, of the Montecatini Alto hill and the Medieval hills of Valdinievole. A landscape, the latter, depicted by Leonardo da Vinci in his famous “Drawing of 1473” and “travelled far and wide” as Carlo Pedretti said, who also defined it as “a landscape that is truly close to my heart” in a letter sent to the architect Ruggiero on 20 March 2017.

The Leo-Lev Centre began its activities on 5 October 2019 with the exhibition entitled “Se fosse un Angelo di Leonardo…” dedicated to the restoration carried out by the Opificio delle Pietre Dure of Florence of the terracotta sculpture attributed in 1999 by Carlo Pedretti, in Piero Angela’s Superquark programme, to the young Leonardo.

The Centre hosted exhibitions in collaboration with A.N.C.R.I. and the Friends of Pisa Museums dedicated to Oreste Ruggiero’s Skylines, carried out in the Questure of Florence, Rome and the Prefecture of Pisa, and the exhibition of works with the famous photographer Aurelio Amendola “Cities & Nodes of Leonardo da Vinci”. Leo-Lev promoted and is currently restoring at its premises the Madonna del Parto di San Gennaro, a precious 15th century sculpture executed in the manner of Piero della Francesca. The Centre has ongoing projects in collaboration with the State Hermitage Museum in St. Petersburg.

A protocol-agreement of collaboration has been drawn up between the Leo-Lev exhibition and cultural centre in Vinci and the Grand Hotel Vittoria in Montecatini Terme. This is precisely at a time of global pandemic drama and with the hope that culture, beauty and art in general, and in particular that of Italy, Tuscany and its Leonardo, may constitute if not an antidote a moment of great relief and hope for the future and certainly a therapy for the spirit.

The agreement provides for programmes to organise exhibitions and cultural events, national and international educational events, conventions, conferences and seminars, and anything else that can divulge the beauty of the natural territory of the municipalities of Montecatini Terme, Vinci and Tuscany and their history, culture and potential. This is also done through the figure of Leonardo da Vinci and the study of his greatest divulger, who has made him known and loved like few others by the general public: Professor Carlo Pedretti, who is an honorary citizen of Vinci but also a great friend of Montecatini Terme. It is no coincidence that Pedretti has a commemorative medallion with his name placed on Viale Verdi in the spa town, together with other famous people who have frequented it historically, right in front of the Leo-Lev Exhibition Centre showcase.

“It cannot be architecture without the other arts and is itself an art”.

This thought perfectly identifies Oreste Ruggiero, a famous architect and man of profound culture who has always been able to intertwine the world of architecture with the languages of painting, literature and art design in his works.

A great connoisseur of Leonardo da Vinci, Ruggiero’s project to extend the Grand Hotel Vittoria in Montecatini with six new rooms-suites featuring his works on Leonardo’s themes is an important combination of art and tourism, the primary sources of economic development in Tuscany, an area rich in artistic beauty that recalls not only the glorious past of our region, but also the stories and events that have made it the cradle of Italian civilisation and culture.

The link between culture and tourism is indisputable, Tuscany’s extraordinary artistic heritage is one of the fundamental resources of our tourism and determines one of the characteristics of its unique identity and, in turn, tourism is a formidable tool for ensuring the knowledge and dissemination of our cultural assets by supporting their enhancement.

This new characterisation of the Grand Hotel Vittoria in Montecatini, with rooms that become “art galleries” celebrating Leonardo da Vinci, and the contextual protocol-agreement of collaboration between the Hotel and the Leo Lev Exhibition Centre in Vinci, one for its tourist and accommodation potential and the other for artistic and cultural activities, represent an example of that synergy between different sectors, culture and tourism, which can only be successful in enhancing the potential of both and promoting the splendid territories that host them.

Over the years, Oreste Ruggiero has shown great dynamism, active on different fronts and regardless of geographical borders.

Municipal administrator, building planner, designer of objects, a man who gradually delved into cultural themes, fascinated in particular by the figure of Leonardo da Vinci.

His most recent creation is the “extension of the extension” of the Hotel Vittoria, owned by owner Mario Elifani, an elevation that certainly creates attention and amazement for a combination that is not trivial to the layman’s eye.

Oreste has accustomed us to symbolic research and reflection on his work, including design, which goes beyond mere aesthetic and functional evaluation. This time he invites us to dwell on Leonardo, a man of genius par excellence, son of our land and of another era, as if to remind us that genius and culture, imagination and study, can be important and qualifying keys for the socio-economic future of the Valdinievole, the surrounding areas and Montecatini Terme in particular.

While turning the Hotel Vittoria into a real Art Hotel, after having designed its infrastructural adaptation over the past decades, through Leo-Lev it becomes a protagonist of local culture, a trait d’union between local administrations, an active subject in the relaunch of our territory.

With the images of Leonardo’s hands, he perhaps intends to show us, in a precise but not shouted manner, the way forward.

And we will continue to follow the work and insights of our talented and eclectic fellow citizen, thanking him for the always interesting and well-argued contributions he continues to make to our community. We are happy and grateful to a Montecatinese who often puts his skills and experience at the disposal of our beloved city, with passion and a sense of belonging.

The town of Vinci, and we personally, are linked to the architect Ruggiero by a strong bond of friendship, which was sealed on the occasion of the inauguration of the beautiful square he created in the heart of our town and named after the unforgettable Carlo Pedretti.

A place with a high artistic and symbolic value that represents one of the permanent legacies that we, the municipal administration, wanted to give to the city on the occasion of the celebrations for the 500th anniversary of Leonardo’s death.

And Leonardo is always the protagonist of this new creation by Oreste Ruggiero inside the Hotel Vittoria in Montecatini. The works of the Genius continue to inspire and condition all the new contemporary art forms that we can admire today, and once again represent that filrouge that unites our territories.

Ruggiero’s project is an original one, born out of the desire to continue along the path of studying Leonardo’s art begun with the Leo-Lev Centre, and to experiment with new forms of artistic representation.

As it was for Leonardo, also for Ruggiero the driving force of experimentation is curiosity. That same curiosity that allowed the great Renaissance master to look beyond the perimeter of his time, to have a different vision than his contemporaries.

It is in this spirit, therefore, that we renew our esteem for the architect Ruggiero and look forward to further fruitful collaborations in the future. Naturally, in the name of Leonardo!

Also on the occasion of International Museum Day 2021, the Leo-Lev Exhibition Centre invites you to virtually “walk” through its halls to get to know the various exhibitions scheduled until 31 August 2021.

During the weeks of forced closure, the Leo-Lev Centre has tried to maintain contact with its audience through a series of social and digital activities. But now we look forward to welcoming you to our halls… We look forward to seeing you!