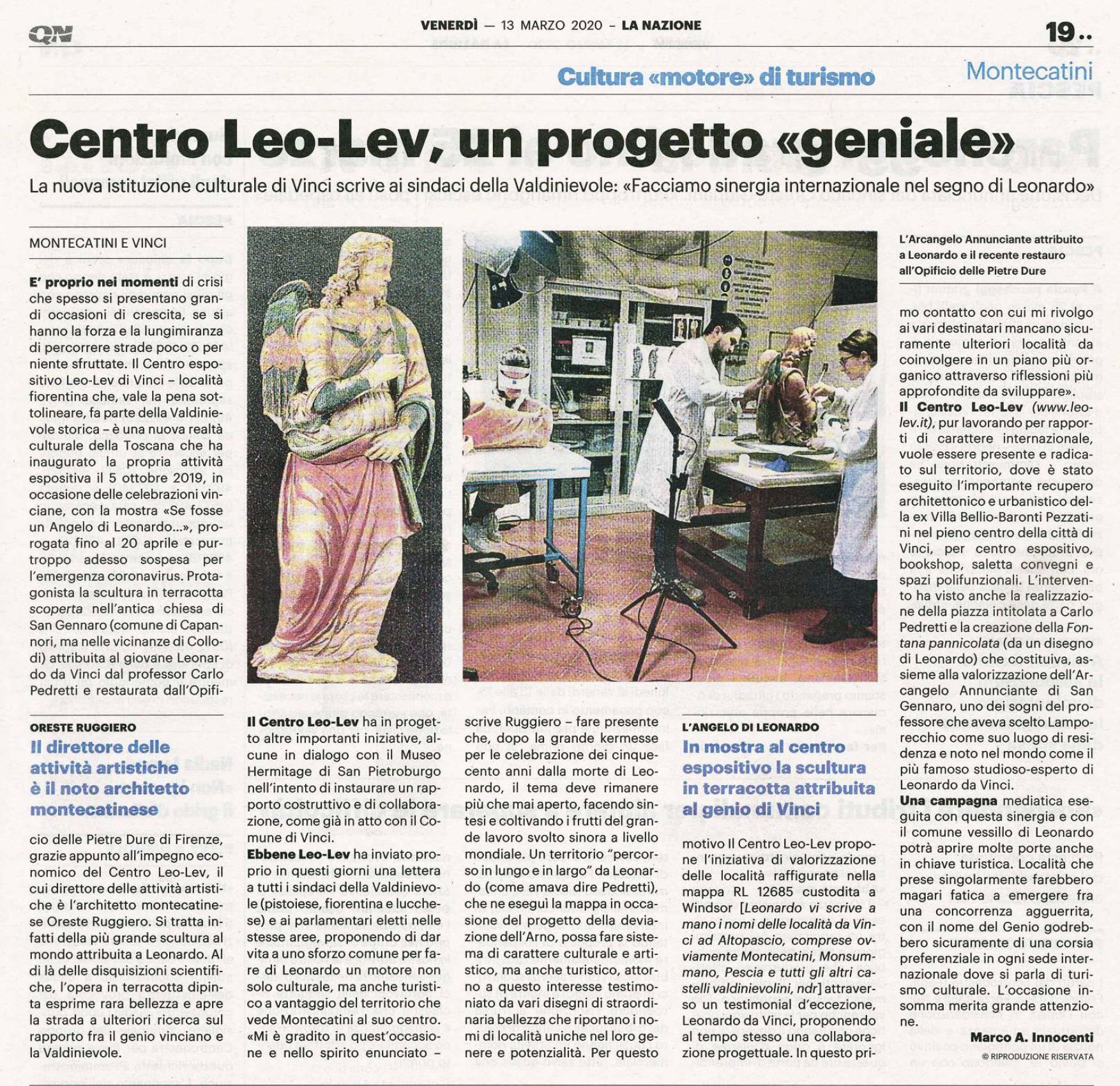 “It is precisely in times of crisis that great opportunities for growth often present themselves, if one has the strength and farsightedness to follow roads that are little or not at all exploited. The Leo-Lev Exhibition Centre in Vinci – a Florentine locality which, it is worth emphasising, is part of the historic Valdinievole – is a new cultural reality in Tuscany that inaugurated its exhibition activity on 5 October 2019, on the occasion of the Vinci celebrations, with the exhibition “Se Fosse un Angelo di Leonardo …”, extended until 20 April and unfortunately now suspended due to the coronavirus emergency.

The protagonist is the terracotta sculpture discovered in the ancient church of San Gennaro (in the municipality of Capannori, but close to Collodi) attributed to the young Leonardo da Vinci by Professor Carlo Pedretti and restored by the Opificio delle Pietre Dure of Florence, thanks to the financial support of the Leo-Lev Centre, whose director of artistic activities is the Montichiatinese architect Oreste Ruggiero. It is in fact the largest sculpture in the world attributed to Leonardo. Apart from scientific disquisitions, the painted terracotta work expresses rare beauty and opens the way to further research into the relationship between the genius of Leonardo and the Valdinievole.

Article by Marco A. Innocenti, published in La Nazione, 13 March 2020