ART AT THE LEO-LEV CENTRE RESTARTS 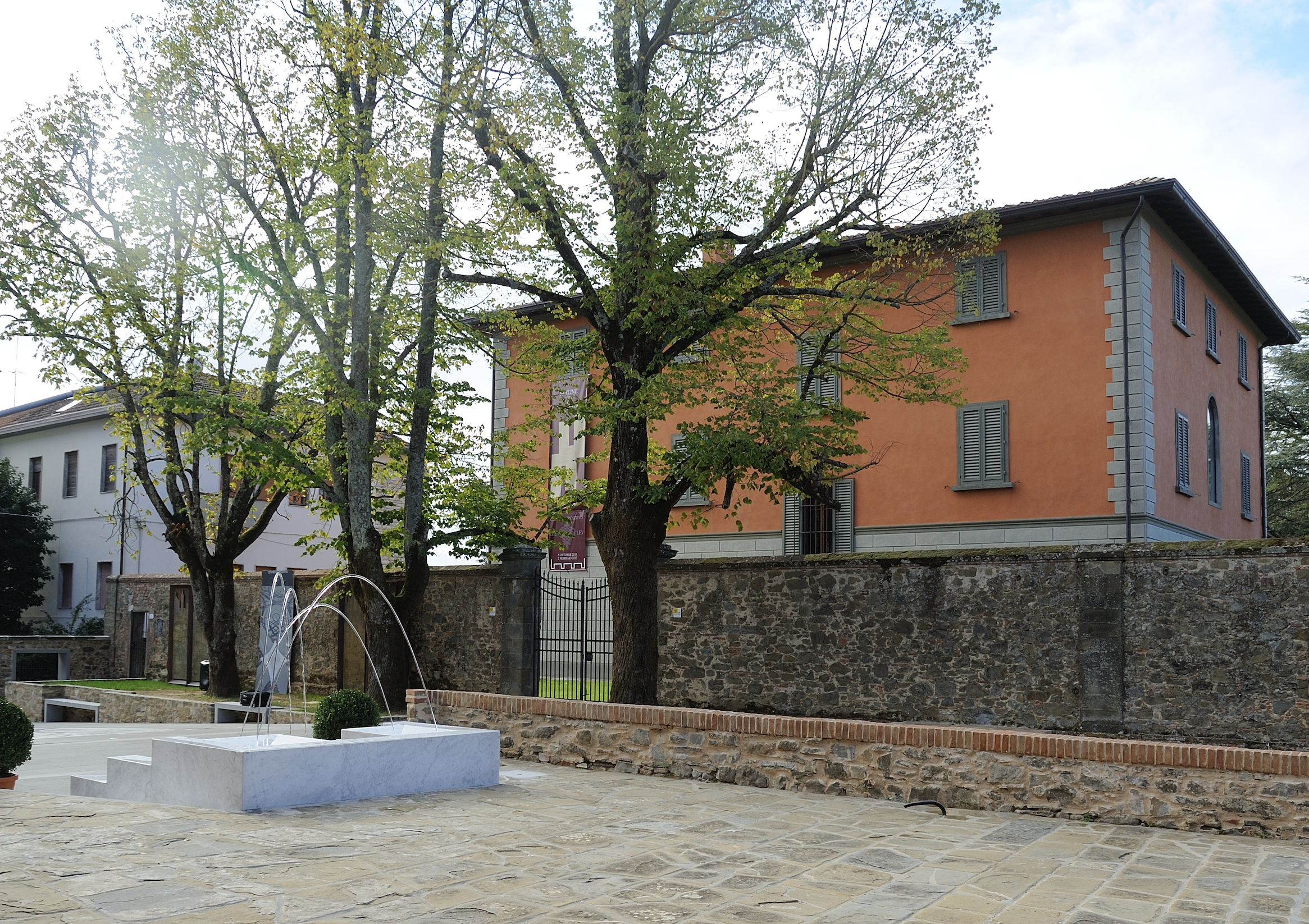 After a long stop due to the sad events that are still affecting the entire planet, art at the Leo-Lev Exhibition Centre in Vinci is finally starting up again and invites you to visit the Centre and four splendid exhibitions. Until 31 October 2020, the Leo-Lev summer season offers unique exhibitions. From Se Fosse un Angelo di Leonardo … to the side events Skyline – Le Città di Leonardo, Angeli & Nodi to the unprecedented Skyline & Coincidenze (with Leonardo’s Cities), all briefly illustrated below.

The Archangel Gabriel of San Gennaro in Lucca and its restoration

Leo-Lev reopens its doors with the extension of Se Fosse un Angelo di Leonardo … L’Arcangelo Gabriele di San Gennaro in Lucchesia e il suo restauro. After the success of last season, with thousands of visitors coming to Vinci to admire the Announcing Angel, the exhibition will once again await the public in the evocative rooms of the historic Villa Bellio-Baronti-Pezzatini, location of the Leo-Lev Exhibition Centre.

From June onwards, visitors can once again appreciate the surprising terracotta sculpture attributed in the 1950s by Carlo Ludovico Ragghianti to the school of Verrocchio and in 1999 by Carlo Pedretti to the young Leonardo, considering it the largest of all the sculptures attributed to the Renaissance master.
Made at the end of the 15th century and placed in the Pieve di San Gennaro in Capannori (Lucca), the work was seriously damaged in 1773 when, according to some documents, it fell to pieces after being struck by a ladder.

The restoration – financed by Leo-Lev and lasting less than a year – was carried out by the Opificio delle Pietre Dure. The Florentine institute also created a faithful replica of the terracotta angel by scanning the work in 3D, analysing and recovering the original pigments and using the same painting technique, resulting in a sculpture that replicates the work as if it had just come out of the hands of the artist who produced it.

The angel and its replica are exhibited on the first floor of the Leo-Lev complex, where visitors can enjoy multimedia contributions dedicated to the statue, its restoration and the creation of the copy. A special film illustrates the return journey of the da Vinci Angel through the Valdinievole valley to the Romanesque Pieve of San Gennaro, where it will be relocated in the near future.

The exhibition Skyline – Leonardo’s Cities is dedicated to the places that accompanied the life of the Renaissance master.

The works by Oreste Ruggiero, reproduced on large-scale wall panels, depict the urban panoramas of Vinci, Florence, Milan, Rome and Amboise: five cities that represent as many stages in Leonardo’s human and artistic journey, from his birth and artistic training to the last years of his life spent in France.

These locations marked Leonardo’s life. Vinci, his relationship with nature. Florence, his artistic and above all philosophical training. Milan, dreams and achievements. Rome, the bitterness of feeling surpassed. And finally, Amboise, the vain dream of realising a life project.

Angels & Knots is an exhibition inspired by Leonardo’s famous knots. Oreste Ruggiero, in fact, has artistically reinterpreted Leonardo’s knots and created a grid where portraits and effigies can enter in osmosis. It is a unique feature of his art that “veils” the faces depicted in a sort of interweaving that evokes vegetable branching and at the same time the immaterial dimension of infinite space. Thus those knots also enter into symbiosis with the feelings, or motions of the soul as Leonardo defined them, of the person portrayed. With this art, which is intended as a tribute to Leonardo, Ruggiero has also paid homage to the splendid face of the Angel of San Gennaro before its restoration, when events and time had not affected its beauty.

Francesco Tagliente and Oreste Ruggiero met indirectly in 2004 on the occasion of the artistic and architectural works (where Ruggiero was working together with Mario Ceroli, with the execution of Gruppo Formitalia – Mirabili) for the renovation, with Leonardo’s themes, of the monumental corridors and walls of the floor of the Chief of Police in the Viminale Palace in Rome. Then, over the next ten years, the meeting between Tagliente, in the role of Questore and Prefect, and Ruggiero, artist and architect, functionally and artistically enriched – with the help of various patrons – the headquarters of the Questura in Florence, Rome and the Prefecture of Pisa through the SKYLINE works named by the author Profilo Tagliente.

At the Leo-Lev Exhibition Centre with the exhibition Skyline & Coincidences (with Leonardo’s cities), the two protagonists of this union between “Institutional Locations, Architecture and Art” meet again for a tribute to Leonardo da Vinci and to the symbolic value of the Skylines created for the cities that, from Florence onwards, are also some of the most significant places in Leonardo’s life path. A meeting that proposes to put into action the theme of the relationship between “State, Decentralised Administration and Art” through their Skylines imagined by Oreste Ruggiero and fruit of the dialogue-confrontation with Francesco Tagliente.

Thus, in order to recall more closely the link between Leonardo and the cities that formed, hosted and interested him, Ruggiero has developed works of art for the cities of Florence, Rome and Pisa and created works entitled Skyline & Nodes.

In the exhibition, and in particular in the work Roma-Skyline, there is a preview of a new work by Ruggiero with the journalist and writer Marco A. Innocenti on Ettore Petrolini, which will lead to the Futurists (Marinetti, Soffici, Carrà, Papini …) and their relationship with the figure of Leonardo and the Mona Lisa …