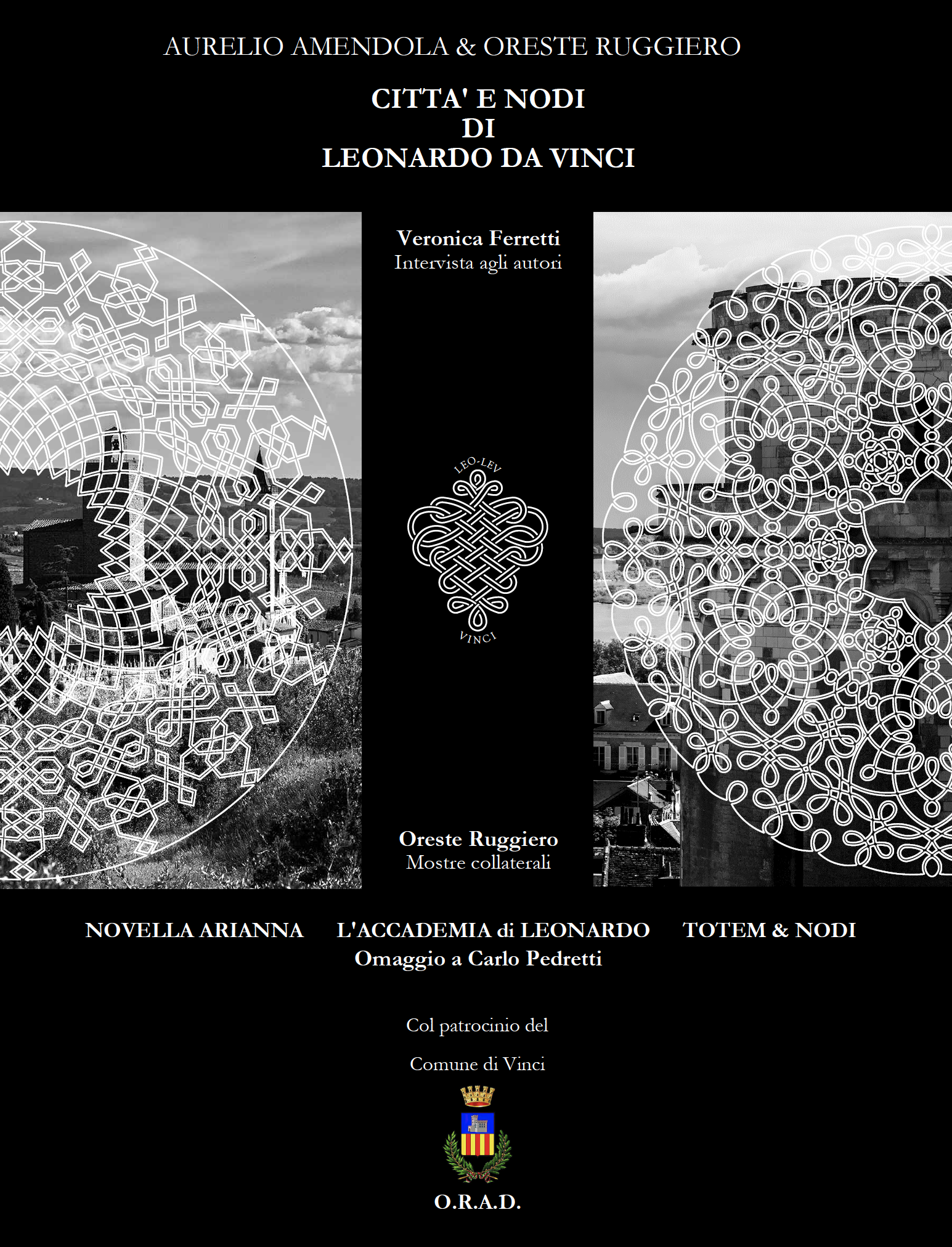 From the 15th of November 2020, the frescoed rooms on the ground floor of the Leo-Lev Exhibition Centre, below the floor where the Madonna del Parto di San Gennaro is exhibited, were ready to be the backdrop for the exhibition Città & Nodi di Leonardo da Vinci by AURELIO AMENDOLA and ORESTE RUGGIERO.

In accordance with government regulations, the opening of the exhibition Città & Nodi di Leonardo da Vinci by AURELIO AMENDOLA and ORESTE RUGGIERO has been suspended, so the opening of the exhibition remains on schedule as soon as possible, inviting visitors – in the near future – to go both to the Leo-Lev Centre in Vinci and to the Pistoia Musei Foundation, where Aurelio Amendola’s anthological exhibition was scheduled to open on 13 November, to admire the beauty of the works of one of the most famous contemporary art photographers.

One of the most elegant and productive photographers of our time, known worldwide for his shots of the works of Giovanni Pisano, Michelangelo, Donatello and for his portraits of the 20th century masters including Giorgio De Chirico, Alberto Burri, Marino Marini, Andy Warhol and Roy Lichtenstein, Aurelio Amendola will be exhibiting for the first time in Vinci with a four-handed tribute to the great Renaissance master: Leonardo da Vinci.

In the exhibition to be presented at the Leo-Lev Exhibition Centre in Piazza Carlo Pedretti, the photographic work of Aurelio Amendola meets the art of Oreste Ruggiero, creating a unique occasion: the collaboration between two contemporary artists who dialogue on Leonardo da Vinci. The encounter between Amendola and Ruggiero has already taken place in the MIRABILI international group of artists and in the collaboration for the Jorio Vivarelli e gli Architetti del ‘900 exhibition in the Palazzo Comunale of Pistoia.

The original shots by the photographer from Pistoia will be accompanied by works by Ruggiero, who has elaborated Leonardo’s knots, the symbol of the Da Vinci Academy in Milan, in an artistic key.

The two artists present a fusion of the photographs of Leonardo’s six cities with the nodes of the Accademia, as if those places were filtered through the complex course of the graphic virtuosities invented by the Da Vinci master, which took on great aesthetic and symbolic value at the time.  It is an exceptional event in which Amendola combines his art as a photographer with that of Ruggiero, who uses transparent or reflective materials (such as Plexiglas crystal and steel) in his works, conveying high expressive content to the observer.

Città & Nodi di Leonardo da Vinci iintends to be a sort of tale of Leonardo’s places, read by Aurelio Amendola’s masterly interpretation and seen through the complex, but at the same time ordered and infinite, interweaving of his famous knots, like a cosmic truth that Leonardo constantly aimed at.

The exhibition will take place on the ground floor of the halls of Villa Bellio-Baronti-Pezzatini, home of the Leo-Lev Exhibition Centre (on a date to be defined due to the health emergency) and will be accompanied by a tribute to Professor Carlo Pedretti with a stimulating reading of his – once shared with Oreste Ruggiero in a publication – entitled “Leonardo and his Academy”.