AT A GLANCE IT IS LEONARDO! THE MYSTERY OF THE ANNOUNCING ANGEL 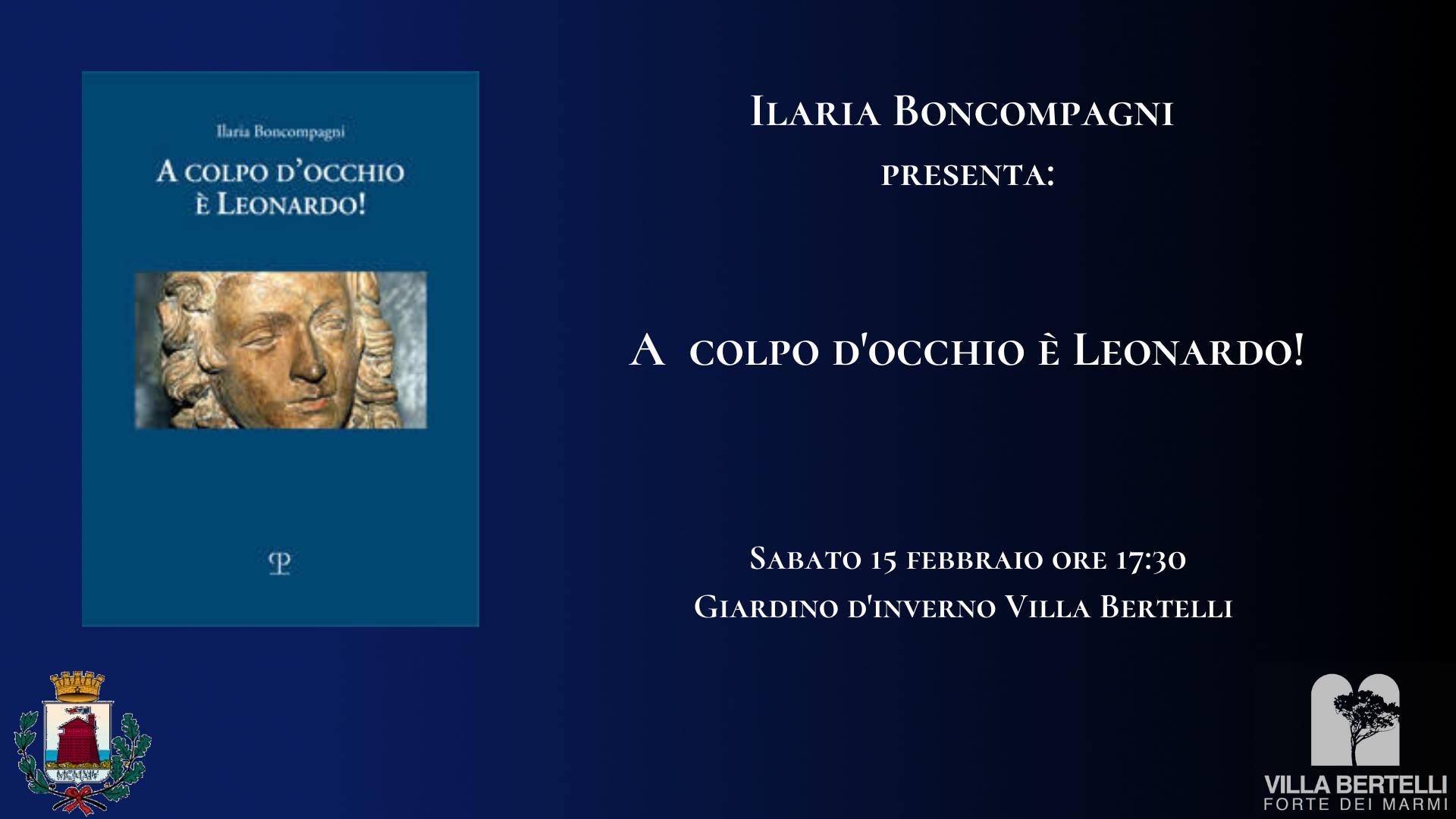 Saturday 15th  February 2020, from 5:30 pm to 7:00 pm, the Villa Bertelli Winter Garden in Forte dei Marmi will host Ilaria Boncompagni with the conference At a Glance it is Leonardo: the Mystery of the Announcing Angel.

The Announcing Angel of San Gennaro in Lucca area, the largest of the sculptures attributed to Leonardo da Vinci (Carlo Pedretti – Leonardo young 1999), is  exhibited at the Leo-Lev Exhibition Center in Vinci together with the “Replica in polychrome terracotta ”made by the Opificio delle Pietre Dure and, in order to pay homage to the Angel, there are also works by Oreste Ruggiero,  Angels and Knots.

The face of the statue – restored by the Opificio delle Pietre di Dure in Florence thanks to the Leo Lev Exhibition Center funding, – would be the portrait of a young Leonardo da Vinci.

This is what it is stated by the art historian Ilaria Boncompagni, officer of the Soprintendenza (Government Department) of Archeology, Fine Arts and Landscape of the Provinces of Lucca and Massa Carrara, who is one of the protagonists, together with Oreste Ruggiero (President of  Leo-Lev Artistic Activities) and Laura Speranza (Director of the Restoration of Ceramic Materials Sector of the Opificio delle Pietre Dure),  of the restoration of the Angel of San Gennaro and of the publication of the catalog “If it was  an Angel by Leonardo …”.

The first presentation of Ilaria Boncompagni’s book “At a Glance it is Leonardo!” was held last November at the Leo Lev  Exhibition Center; in fact, in addition to hosting art exhibitions in the Villa Bellio-Baronti-Pezzatini, the Centre hosts, in his new conference room, conferences and meetings for the knowledge and deepening of important artistic, cultural and scientific aspects related to the figure of Leonardo da Vinci,  and of  arts and culture in general.

Also in the second conference At a Glance it is Leonardo: the Mystery of the Announcing Angel, the art historian will be facing the fascinating and  new  thesis about the Angel from the Parish Church of San Gennaro: “The Announcing Angel has the face of the young Leonardo “.

An original study that starts from the comparison of the Angel with the David by Andrea del Verrocchio who, according to many scholars, would have the features of Leonardo assumed as a model for that work. “The  comparison – explains the researcher – between  the face of the Angel and that of the David reveals a clear resemblance, considering the shape of the face, the performance of the hair, and the line of the eyebrows. Furthermore, we find the same strabismus that disharmonizes both works: an eye defect present in Leonardo’s portraits and self-portraits such as the famous Vitruvian Man “.

Could it be a youthful portrait of the genius from Vinci? The invitation on this topic is for Saturday 15th  February 2020 at the Villa Bertelli Winter Garden in Forte dei Marmi.

At a glance it is Leonardo! By Ilaria Boncompagni Polistampa, 2019 The Announcing Angel kept in the Parish church of San Gennaro in Capannori (Lucca), attributed by Carlo Ludovico Ragghianti to the Verrocchio school and by Carlo Pedretti to the young Leonardo da Vinci, is a complex and still little studied work. Starting from the latest analyses and from a comparison with well-known masterpieces of that time, the author puts forward an innovative hypothesis: that the face of the Angel is precisely the portrait of the famous genius of the Renaissance.