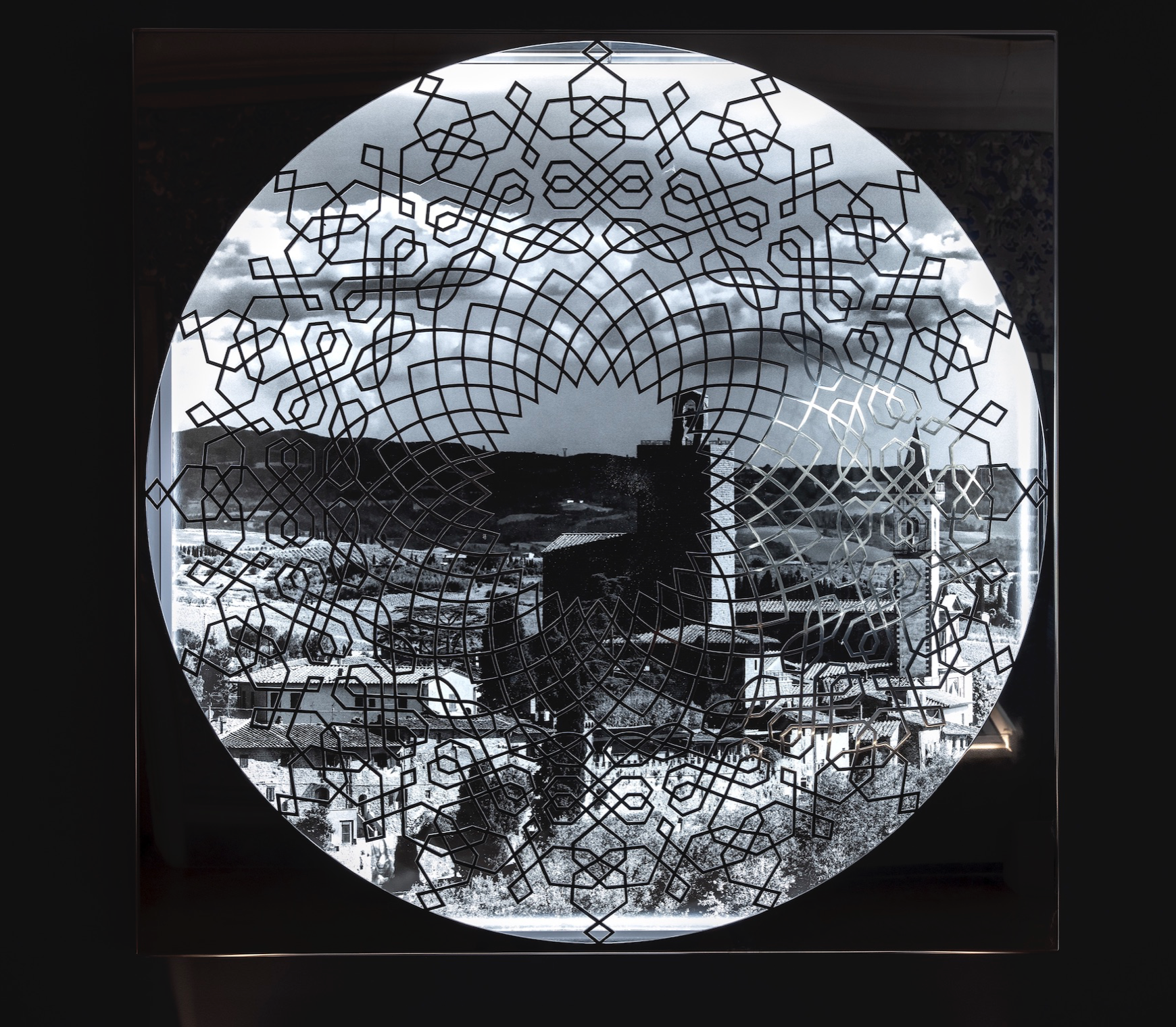 In a difficult year for the world of culture between openings and restrictions, the Leo-Lev Exhibition Centre (like other Italian museums and art institutions) is waiting to start again to present to the public the exhibition Aurelio Amendola & Oreste Ruggiero, Cities&Knots of Leonardo, curated by Veronica Ferretti and Oreste Ruggiero.

One of the most elegant and productive photographers of our time, known internationally for his shots of the works of Giovanni Pisano, Michelangelo, Donatello and for his portraits of 20th century masters including Giorgio De Chirico, Alberto Burri, Marino Marini, Andy Warhol and Roy Lichtenstein, Aurelio Amendola is exhibiting for the first time in Vinci with a four-handed tribute to the great master of the Renaissance: Leonardo da Vinci.

Amendola and Ruggiero had already met in the MIRABILI international group of artists and in the collaboration for the Jorio Vivarelli e gli Architetti del ‘900 exhibition in Pistoia’s Palazzo Comunale.

The original shots of the photographer from Pistoia will be accompanied by the work of Ruggiero, who has elaborated Leonardo’s knots, the symbol of the Da Vinci Academy in Milan, in an artistic key.  The two artists present a fusion of the photographs of Leonardo’s six cities with the knots of the Academy, as if those places were filtered through the complex course of the graphic virtuosities invented by the Da Vinci master, cloaked in mysterious symbolism, which at the time assumed an aesthetic and symbolic value of great importance.

It is an exceptional event in which Amendola combines his art as a photographer with that of Ruggiero, who uses transparent or reflective materials (such as Plexiglas crystal and steel) in his works, conveying high expressive content to the observer.

Leonardo’s Cities & Knots intends to be a sort of tale of Leonardo’s places, read by Aurelio Amendola’s masterly interpretation and seen through the complex, but at the same time ordered and infinite, interweaving of his famous knots, like a cosmic truth that Leonardo constantly aimed at.

Aurelio Amendola & Oreste Ruggiero, Cities & Knots of Leonardo is under the patronage of:

Leonardo’s Cities & Knots by AURELIO AMENDOLA and ORESTE RUGGIERO invites visitors – as soon as possible – to go also to the exhibition AURELIO AMENDOLA | An Anthology. Michelangelo, Burri, Warhol, at the Fondazione Pistoia Musei, in its venues of Palazzo Buontalenti and the Antico Palazzo dei Vescovi.

The exhibition in Pistoia – curated by Paola Goretti and Marco Meneguzzo – presents more than two hundred images and is intended as a tribute to the career of an artist of great intensity. This is the first exhibition that brings together almost all of Amendola’s production, offering the public the opportunity to admire his figurative coherence, his links with the classical tradition, with the history of art and photography, and with the great contemporary masters.