Ilaria Boncompagni Reveals: "The Announcing Angel has the face of Leonardo" 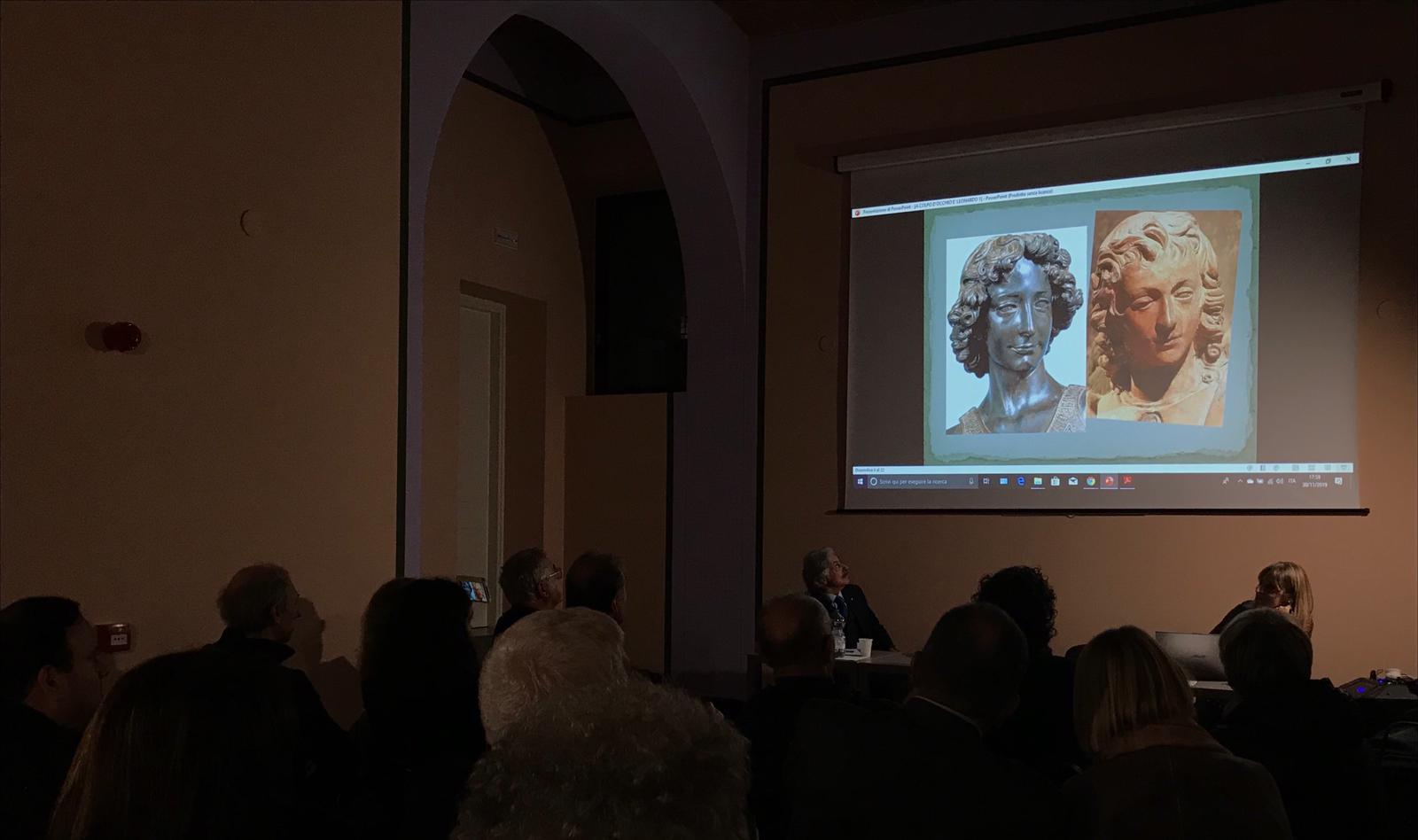 Saturday, November 30th, 5:30 pm, the Leo Lev Center hosted the conference dedicated to the new thesis of the art historian.

The Leo- Lev Exhibition Center has inaugurated the cycle of conferences in the new conference room for the knowledge and deepening of important artistic, cultural and scientific aspects linked to the figure of Leonardo da Vinci and art in general. The reference point of this first conference is the exhibition “If it was an Angel by Leonardo …” which will remain open until 2 February 2020, in Vinci.

In the first meeting, in fact, the Leo- Lev conference room hosted Ilaria Boncompagni of the Soprintendenza of Lucca and Massa Carrara with the presentation of the book “A Colpo dOcchio è Leonardo!” ( At a First Glance, it is Leonardo!”) , a volume published by Polistampa.

The art historian has put forward a fascinating and unpublished thesis about the Angel from the Parish Church  of  San Gennaro: “The Announcing Angel has the Face of the young Leonardo”.

An original study that starts from the comparison of the Angel – attributed by Carlo Pedretti to Leonardo as a young man, restored thanks  to the Leo-Lev funding by the Opificio delle Pietre Dure in Florence – with the David by Andrea del Verrocchio, which many scholars believe would have the features of  Leonardo assumed as a model. “From the comparison” – explains the researcher – “there is a clear resemblance between the face of the Angel and that of the David, considering the shape of the face, the yield of the hair, the line of the eyebrows. Furthermore we find the same strabismus that disharmonizes both works: an  eye defect present in Leonardesque portraits and self-portraits such as the famous Vitruvian Man”. The conference – which attracted many enthusiasts and scholars in the Leo-Lev congress hall – is thus rotated around the  Announcing Angel , a complex and still little studied work. From the latest analysis and a comparison with the famous masterpieces of the Renaissance, the author Boncompagni thus advances an innovative theory:  that the face of the Angel kept in the Pieve di San Gennaro is precisely the portrait of the famous Maestro from Vinci. On the occasion of the conference, the President of the Leo-Lev artistic activities, Oreste Ruggiero, announced new studies on the  Announcing Angel and on the splendid Madonna del Parto, both present in the Parish Church of  San Gennaro in Lucca area, which must be read and appreciated in their artistic value as a sculptural group on the theme of the Annunciation. So the Angel of San Gennaro, and not only, continues after years and years of oblivion, to make people talk about themselves.