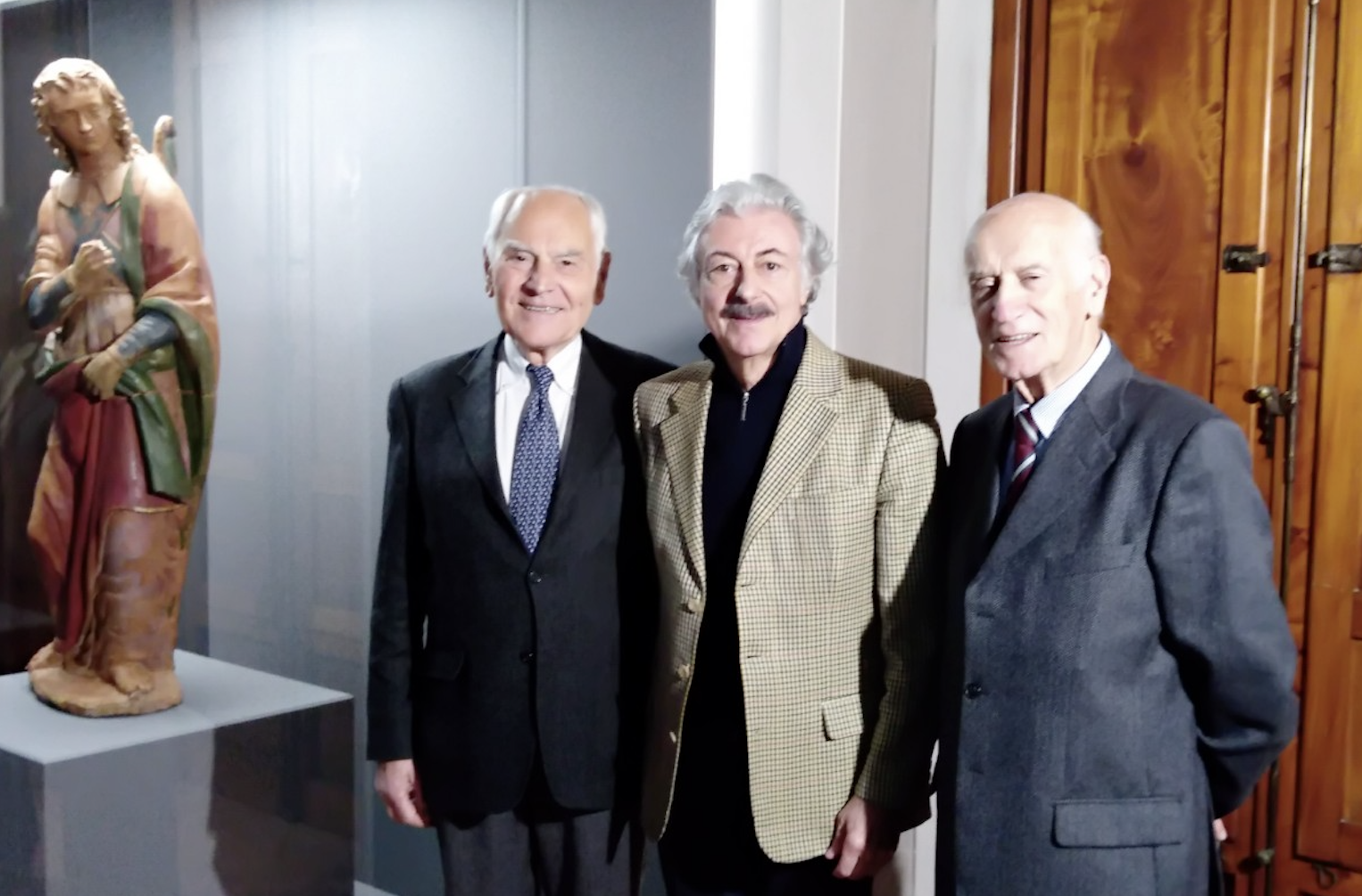 Mutual expressions of appreciation were exchanged between the Presidents, respectively for the rich activity carried out by the Vivarelli Foundation and for the architectural and environmental recovery of the Leo-Lev Center and for the ongoing exhibitions IF IT WAS A ANGEL by Leonardo … the sculpture in terracotta attributed by Carlo Pedretti to the young Leonardo,  restored by the Opificio delle Pietre Dure and SKYLINES –The Cities of Leonardo, both  extended until April 20, 2020.

During the meeting between the Vivarelli Foundation  and the Leo-Lev Exhibition Center has emerged the wish to collaborate on artistic and cultural themes to be examined closely in future meetings.

Architect Ruggiero has already had the opportunity to appreciate the work, and to collaborate and establish a friendly relationship with Jorio Vivarelli on the occasion of  the Contest for the monument to the Fallen Soldiers of Nassirya in 2006, and with the Vivarelli Foundation, chaired by Masotti and Poli, for the  setting up of the exhibitions Jorio Vivarelli The Matter of Life in Palazzo Vecchio in Firenze in 2009 and Jorio Vivarelli and the Architects of the Twentieth Century in 2012 at the Palazzo Comunale  (City Hall) in Pistoia, by Veronica Ferretti and with the contribution of the famous art photographer Aurelio Amendola .