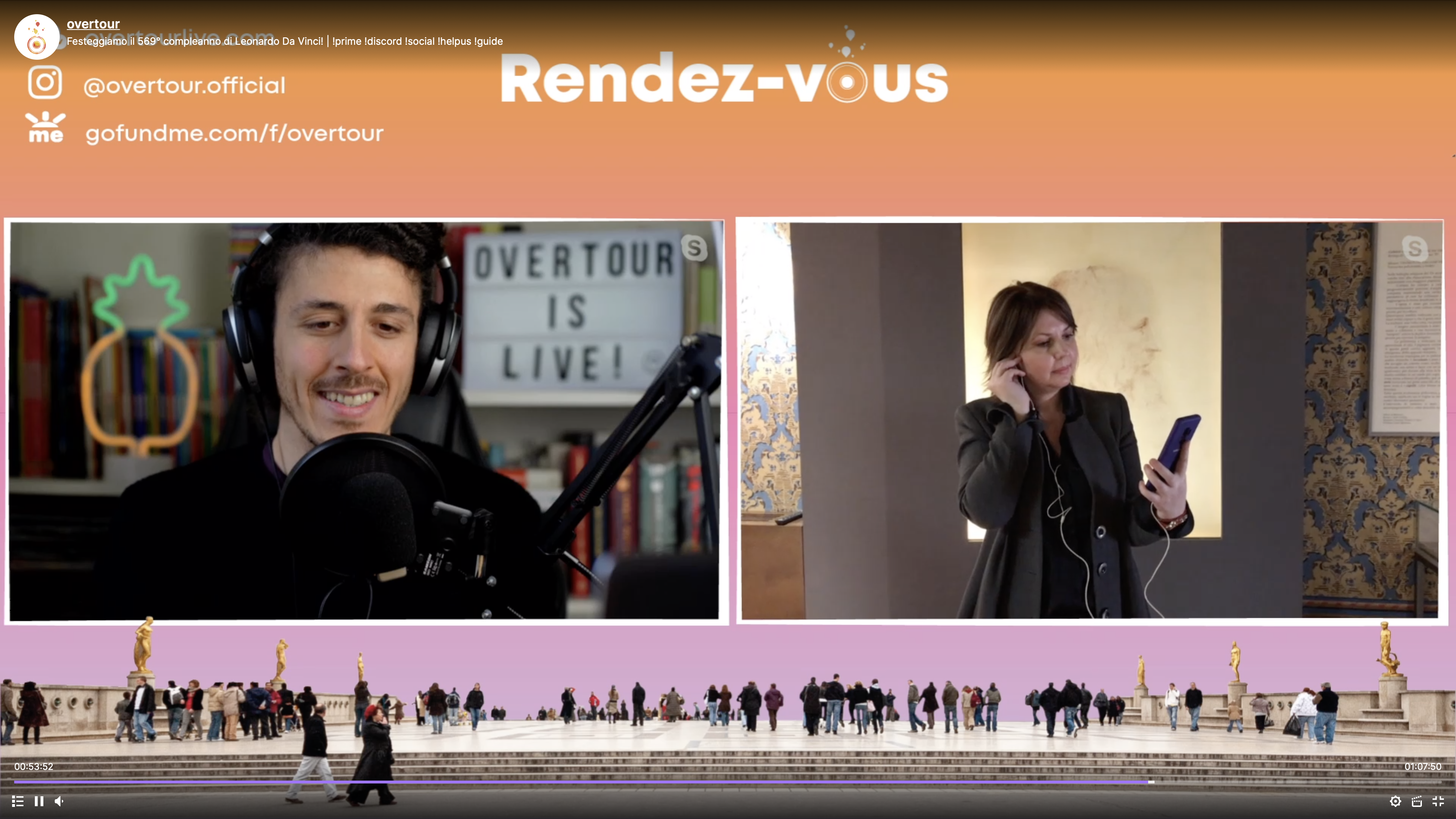 It is called the Overtour project – and seems to cite the French word “ouverture”, music, theatre, but above all the beginning, the opening – but in reality it is written to remind us of the tour of visitors and tourists. In fact, the concept changes little, because the aim of this ambitious idea is to reopen cities, museums, churches, parks and nature reserves around the world, after so many months of closure and difficulties for some sectors.

Overtour is a collective digital initiative that takes the form of a series of virtual tours in live streaming from various national and international locations, broadcast on Twitch (which, for the uninitiated, is a kind of live YouTube). Local guides and travellers open a window on their own corner of the world through the digital eye of their smartphones, allowing anyone to travel … from the comfort of their own homes and completely free of charge.

The tours offered have different formats. There are tourism professionals or travellers who take to the streets to discover hidden treasures of the cities. There are guides to museums, abbeys and places of historical and artistic interest who tell of the wonders they preserve.

Born in the darkest moment of the pandemic, Overtour wants to break down walls, especially the Covid-19 wall that has hampered – as never before – the travel and tourism, art and culture sectors.

Overtour is a new digital voice for all those places we loved to visit when the world was actually open. The experience offered can be defined as “pre-tourism”. It is not intended to replace the real experience of travelling and visiting, but to support it, allowing the viewer to be fascinated and convinced to go and see those places as soon as it is possible to move again.

A fresh and innovative format, thanks to a young and dynamic team (from the Milan Polytechnic) that believes in the opportunity to give a digital voice to many realities that have been “blocked” by the health emergency. A positive signal to go back to travelling, seeing, discovering and learning.

Thanks to Overtour’s virtual tours, the Leo-Lev Exhibition Centre has once again become the object of a tourist visit, in a new and different way that opens up to the future, offering the public an overview of the Centre in Vinci and an in-depth look at Room XI for the exhibition “Una Singolare Annunciazione”, which displays three important works in dialogue with each other from the Pieve di San Gennaro in Lucca.

The first is the Announcing Angel, attributed by Carlo Ludovico Ragghianti to the Verrocchio School (1957) and by Carlo Pedretti to the young Leonardo da Vinci (1999). The second work is the replica of the Angel made by the Opificio delle Pietre Dure in Florence, while the third is the Madonna del Parto in the manner and themes of Piero della Francesca.

A curious moment of return to normality, pending the actual opening of all museums and cultural venues, a chance to reopen the Leo-Lev Centre to a potentially worldwide audience.

Art, travel and tourism at the time of the Covid therefore, but in the crisis there is ingenuity and thanks to the Overtour guys the walls have been knocked down, including those of the Leo-Lev Exhibition Centre in Vinci.