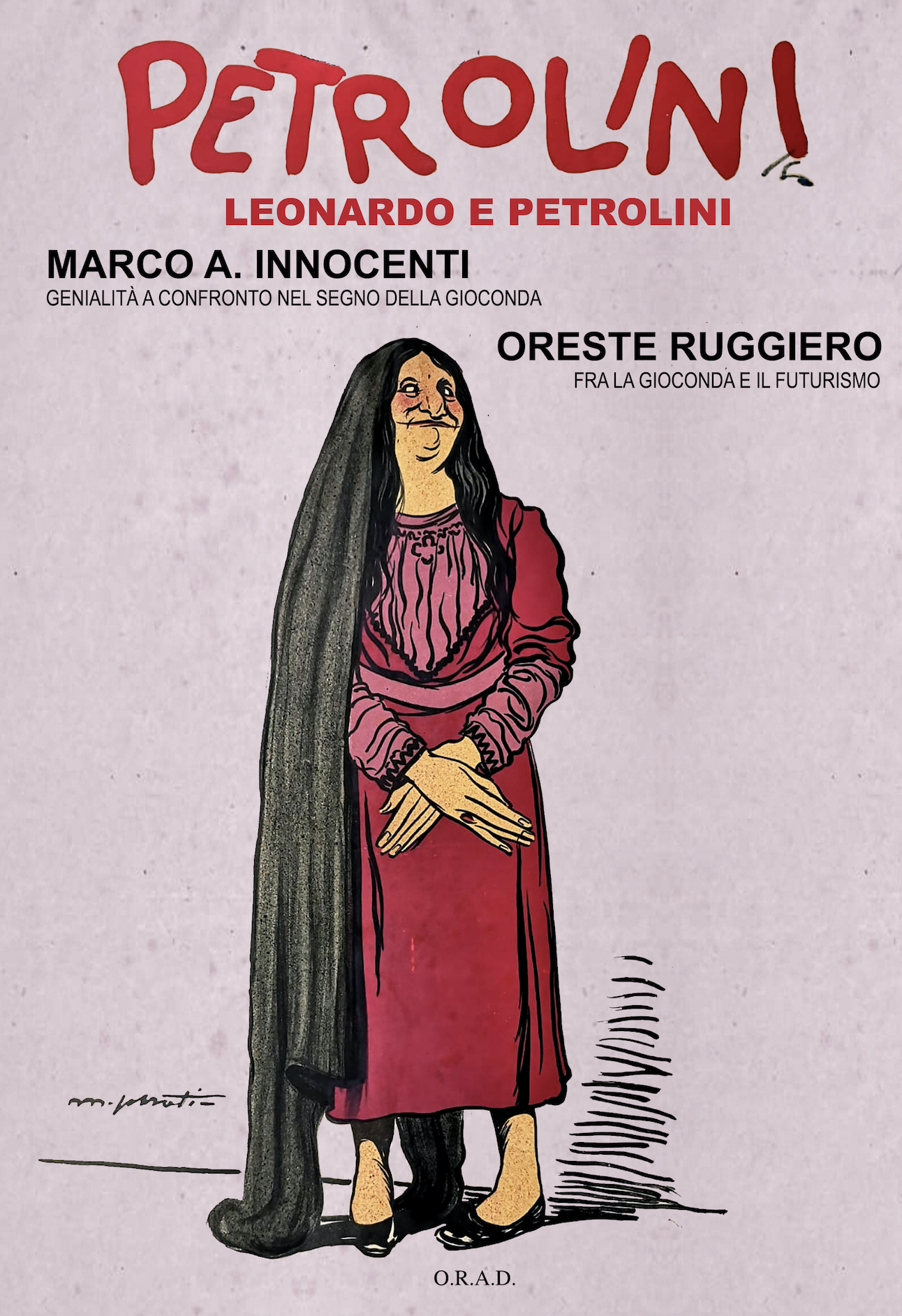 Marco A. Innocenti – Comparing genialities in the sign of Mona Lisa

Patronage of the LEO-LEV Centre

Unfortunately, it was the death of the beloved Gigi Proetti that was to bring back to life the myth of Ettore Petrolini, who found in him one of the most recognised heirs on the stage. But Petrolini’s heirs, great and not so great, were many after his untimely death in 1936. Not to mention the many celebrities from the world of show business who often mentioned Petrolini in more or less overt form. The entire feisty cast of Arbore, early Benigni, Marenco and Frassica from Those in the Night follow in the footsteps of the great Roman actor. Even in Dario Fo, Rino Gaetano and Renato Zero you can find accents and connections with Petrolini.

Why write all this? The purpose is outrageously simple: to introduce the new book “Petrolini and Leonardo” (Published by Orad), written by myself and Oreste Ruggiero. Writing this book was a game in which I willingly engaged to illustrate how geniuses of artistic invention can communicate even centuries apart, offering us endless opportunities to explore their eras from unexpected angles.

The Mona Lisa and Leonardo are monuments to which we should express our total admiration, but this does not prevent us from placing such universal icons in contexts of satire (even fierce), controversy (even heated), contestation and irreverence, arising in a historical period – the period of Futurism, which also discussed the Mona Lisa and Leonardo in ways that risk, justly or not, the sign of the infinite evolution of art and thought. It is thus an opportunity to once again appreciate Petrolini’s role in Futurism and Leonardo as the eternal inspirer, as a universal and concrete man immersed in the sublime and in the everyday.

Back in 1921, Ettore Petrolini staged the satirical play Gioconda, which he created between late 1913 and early 1914. The idea arose from the most sensational news of the time: the discovery in Florence of Leonardo’s famous painting, stolen in the summer of 1911 from the Louvre by the Italian Vincenzo Perugia.

In this book I show a rare commemorative medal from 1913 dedicated to the “Vincian Mona Lisa” and her exhibition in Florence, Rome and Milan. I was so captivated by the story that I couldn’t resist buying this one and only copy currently on the market. It would be great if you would be willing to exhibit it at the Leo-Lev Centre in Vinci when we can meet face to face again to talk about art and history. Now I would like to entrust Petrolini’s Gioconda to other heirs – the most significant of whom today is undoubtedly Dario Ballantini of Livorno – so that after so many years of neglect, or near neglect, it can return as a small and great hero of the scene.